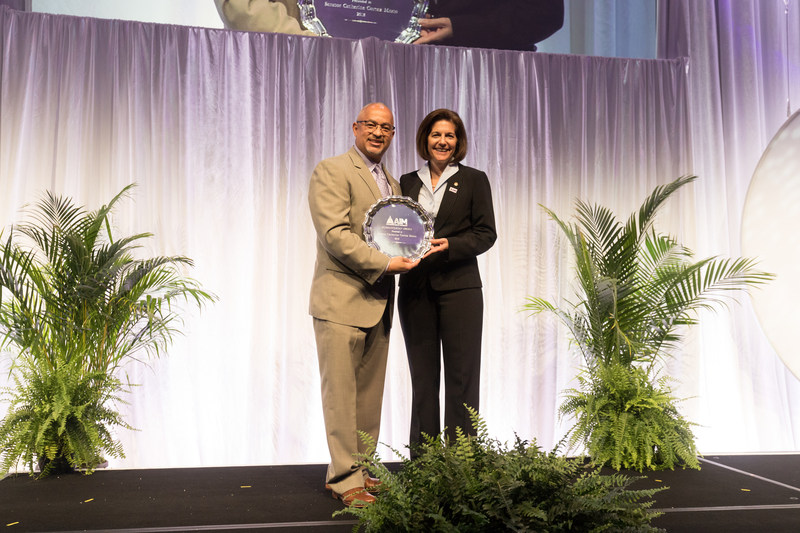 “The growing recognition of Alzheimer’s disease as a public health crisis has led to substantial changes in the way Congress is addressing America’s most expensive disease,” said Robert Egge, Chief Public Policy Officer of the Alzheimer’s Association and AIM Executive Director. “These changes are exemplified by the leadership of Senators Collins and Cortez Masto, whose unrelenting efforts are galvanizing work to harness our nationwide public health infrastructure to improve the quality of life for millions of Americans. The leadership of Senators Collins and Cortez Masto promise noteworthy policy contributions to enhance access to care and support for people affected by Alzheimer’s, and to advancements in research.”

Sens. Collins and Cortez Masto have worked tirelessly to create policies that improve access to quality health care services for the more than 5 million Americans living with Alzheimer’s — including 28,000 in Maine and 48,000 in Nevada — and their caregivers, recently introducing the bipartisan Building Our Largest Dementia (BOLD) Infrastructure for Alzheimer’s Act (S. 2076/H.R. 4256) to improve our nation’s Alzheimer’s public health infrastructure.

“For far too long, Alzheimer’s disease hid in the shadows, imposing a devastating human and financial cost. One of my top priorities is to continue increasing biomedical research dollars to find a cure, while also focusing legislative efforts to build the infrastructure for care that our communities need to support persons living with dementia and their families. Working with the strong and effective advocates from the Alzheimer’s Association, we have been able to celebrate so many advancements in public policy,” said Senator Collins. “I am honored to receive the AIM Humanitarian award, along with my colleague Senator Cortez Masto.  In the fight against Alzheimer’s, we cannot afford a single day off.  With our unified efforts, I am optimistic that we can rewrite the story of Alzheimer’s for future generations.”

“I am humbled and honored to receive this year’s AIM Humanitarian Award. The experience of losing my grandmother, Katherine, to Alzheimer’s motivated me to become an advocate for patients and families touched by this disease,” said Sen. Cortez Masto. “In the Senate, I’m fighting to end our chronic underinvestment in Alzheimer’s research, treatment, and caregiver support. I am incredibly grateful to have the Alzheimer’s Association as a partner in that fight.”

As co-chair of the Congressional Task Force on Alzheimer’s disease, Sen. Collins has been a vital advocate for all those affected by Alzheimer’s, leading efforts to pass vital legislation including the National Alzheimer’s Project Act (NAPA) and rallying her colleagues each year in support of increased Alzheimer’s research funding. Sen. Collins was also instrumental in Medicare’s decision to cover comprehensive care planning through a medical visit for people with Alzheimer’s and other cognitive impairments. This announcement came after growing bipartisan support in Congress for the Health Outcomes, Planning, and Education (HOPE) for Alzheimer’s Act, introduced by Sen. Collins.

Sen. Cortez Masto has made Alzheimer’s a priority since joining the Senate, drawing from her own family’s experience with Alzheimer’s and her time as a caregiver to advocate for all those affected by Alzheimer’s. During her time as Nevada’s attorney general, she was a strong advocate for seniors, and created a senior protection unit to safeguard older Nevadans from identity theft, exploitation, and abuse.

According to the 2018 Alzheimer’s Disease Facts & Figures Report direct costs to American society of caring for those with Alzheimer’s will total an estimated $277 billion, including $186 billion in Medicare and Medicaid payments. And, families of those living with the disease will spend $60 billion on care for their loved ones this year.

The Alzheimer’s Association continues to push to advance funding and care priorities for those living with Alzheimer’s disease, and encourages all elected officials to follow in the steps of Sens. Collins and Cortez Masto by prioritizing legislation and research funding critical to the fight against Alzheimer’s.